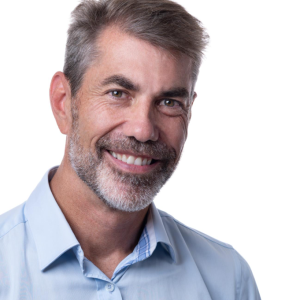 Meet the Cheesecake Lady. A beautiful lady in her eighties named Evelyn. She wanted to move from her two-storey home to a smaller, single level home.

The agent she chose to sell her home signed her up on a water-tight exclusive listing contract then he disappeared, going away on a cruise ship holiday.

While he was away, Evelyn made use of the time by looking for somewhere to buy. She found a house and signed up for it ‘subject to the sale’ of her current house. It’s a risky move, but fairly common.

What made it even worse was when the agent got back from his holiday, he decided to ‘help her out’ and buy the house for himself. At first, it seemed like that would enable her to buy her new home, but then things got complicated. Her ‘sale’ to the agent meant she had to settle on the one she bought but she couldn’t because the agent kept delaying.

That’s when Evelyn called and showed me a copy of the sales contract. He’d paid no decent deposit, used an open-ended finance arrangement and a devious complicated condition structure that kept him risk-free and guaranteed her nothing, much less a house sale.

This despicable agent never had any intention of buying Evelyn’s house. He was just being manipulative, locking her in, until he found a buyer. He wanted to tie up that listing until it sold, no matter what, just to make a quick buck.

As you can imagine, Evelyn was in bad shape and desperate, but she wasn’t ready to give up on her dreams. All she wanted was to be able to move on to the next stage of her life. Stress free.

I stepped in quickly and firmly. I called the agent on his games and had him step aside.

It took some effort, but we found a buyer that could match the extended settlement terms arranged and Evelyn was so grateful she brought in home made cheesecake to our office every fortnight for the rest of the year, so yummy!

How much is your home worth today?

Find Out Here
PrevPreviousWhat is the best way to invest in real estate?
Nextdatabases with buyers ready and waiting to purchaseNext

Warning!!! Storm Season Ahead A recent report from Bureau of

YOU HAVE BEEN RIPPED OFF MATE!

you have been ripped off mate! What? You were charged